“Cherry Flavour Substitute” (Frances Records/BAM) the 7th of May 2008 in Scandinavia.

You can pre-order the album here! 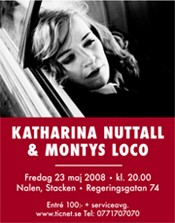 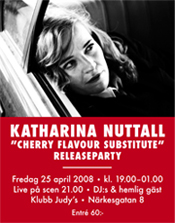 Katharina is working on her second solo-album.

The recording starts the 14th of October in Stockholm.

The album is planned to be released spring 2008.